I recently decided to buy a new camera, after reading a few reviews on Amazon I settled for a Fuji Finepix. I finally managed to get out today for a test run. I decided to head up to Figham and try my luck photographing the Barn Owls. The common was very quiet, a few mallards and moorhens on the river, Reed Buntings and Pied Wagtails on the edges. I didn’t take me scope to check out the flooded field but I managed to make out some Lapwing, Teal and greylags using it. Spotted a yellowhammer (Y65) in the poor light. Back in 2010 this bird was very numerous on the common with every visit being able to see at least five or six birds plus hearing a lot of their “a little bit of bread but no cheese” calls sadly since the harsh winter of 2010 their numbers have been low and I rarely see or hear them when I go on there.

It took a while to find the barn owl tonight as it was mainly hunting in the long grass that is fenced off from the rest of the common. I managed a few shots, which I don’t think are too bad for a first attempt. Hopefully next time it’ll come closer. 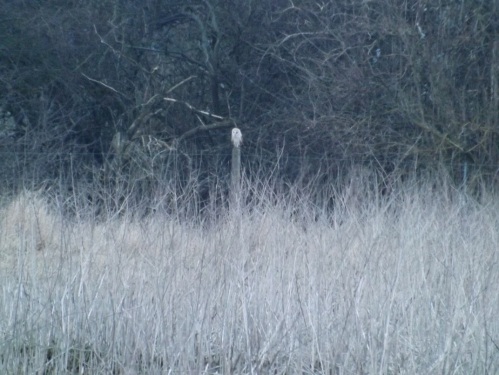 CATCH THE TRADE WIND || A blog of dreams.

Nature is a Language - Can't You Read?

Smile! You’re at the best WordPress.com site ever

My gallery of bird paintings

Martin Deane: In his own write

Our adventure in restoration and natural history

A.W.Birder: Always on the lookout for fine birds...